I went to a baseball game. This is what I saw. You may clickin to embiggin.

Apparently, after the recent rains, I see things in super saturated color. Go figure. Check out that sky, though! Anyway, I also recently went to see a movie, or maybe eight (only one I had seen before, but is still in my top favorite films). I also saw this. I'll let you figure out what was up with that. 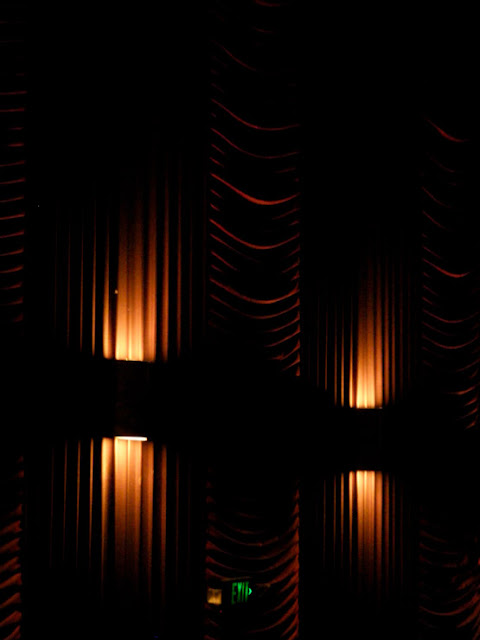 And in case you were absolutely dieing to know which films, they are thus (in order of viewing, cause that's as good an order as any): Kung Fu Panda 2, Moon, (500) Days of Summer, Ghost Town, Hesher, Queen to Play, JCVD, and Black Dynamite in addition to powering through season one of BBC's Being Human. And you seriously thought you were finally starting to understand me, ya dig jive turkey.

Some days I wish life turned out like the movies, where after all the heart ache and struggle, everything turns out for the better. Well, I actually watch a lot of indie films and they mostly don't end that way. The guy doesn't get the girl and there's never a solid resolution. Maybe my life is just like the movies after all, but I think that life is mostly just hard and you scrap out what little happiness you can out of it, be it Gelato and good company or a cool pool on a hot day. Maybe that's why people think I'm immortal, because no matter how much I worry about the world, it's the little joys that keep me smiling. So keep smiling, see something new, and get yourself some Gelato.
Posted by James at 11:14 PM No comments: 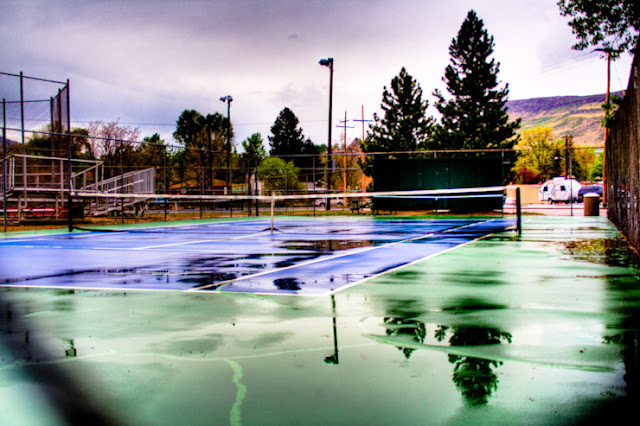 For the most part, having grown up in an arid region of the world (like how I used way too many words?) I generally enjoy the rain. Unfortunately, whenever I go out into it, as was the case the other day, in the hopes of getting something akin to Henri Cartier-Bresson's wonderful street photography, I usually end up with stuff like this. Not really complaining, as these certainly have a unique visual style, but seriously, why don't more people come out in rain? And in all honesty, it was like drizzling when I went out. I wouldn't even classify it as rain. 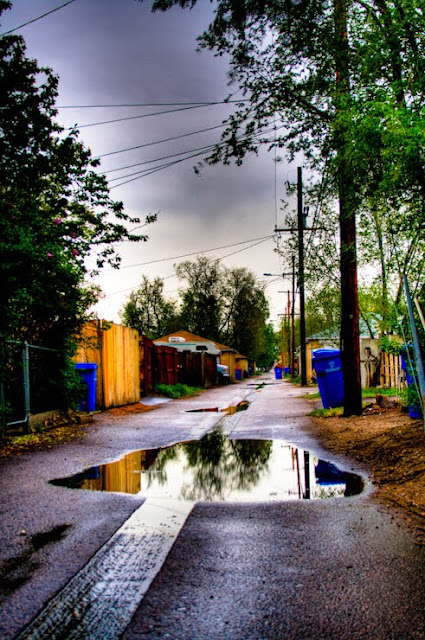 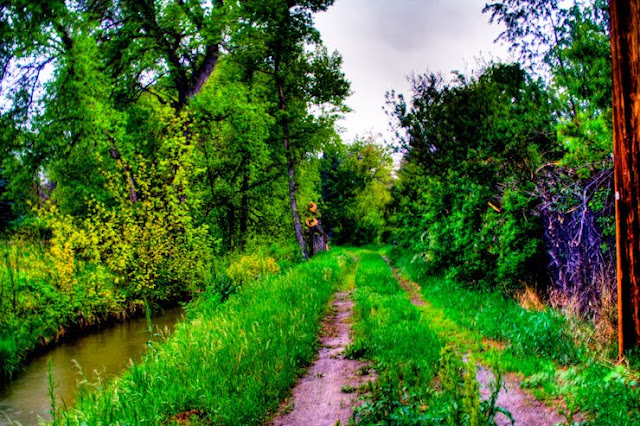 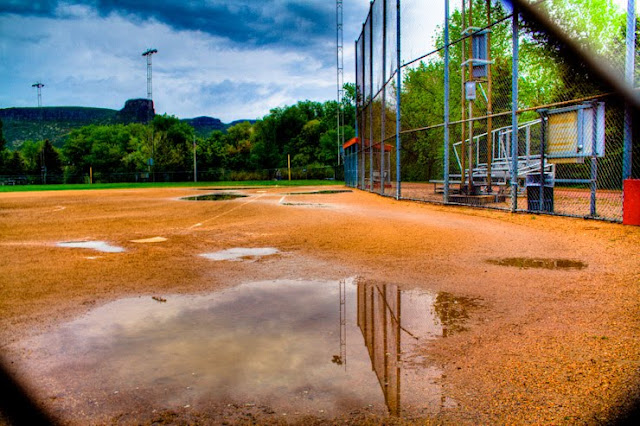 I recently saw Bill Cunningham New York. First, click here, to watch the trailer. Second, it was an amazing film, a great character study about an amazing individual. He really embodies the sentiment of shooting what you see, what moves you, and not shooting simply to shoot. Go see see it, you will not be disappointed. And if you see it at the Denver Film Center remember to to grab a glass of wine in Henderson's Lounge (or another beverage of your choice) and say hello to all the wonderful staff there.
Posted by James at 7:54 PM No comments: 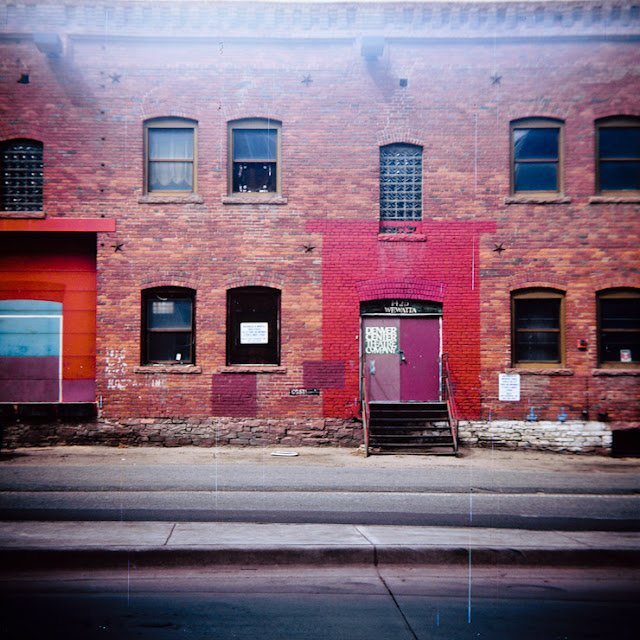 This one will be the last of this mini adventure. Why, cause I feel like this was the strongest of the bunch. You may feel otherwise. I don't know, you have not said anything to me, so I will blindly move along without a care in the world. Well maybe not without any care. I mean, the world ended today or I guess technically yesterday, so I figure we should all care a little bit more from now on.

And because you probably don't care, I think that this Full-Vue shot would make a good album cover, for some sweet indie folk band. Maybe not Felicia Day's
Posted by James at 2:35 AM 2 comments: 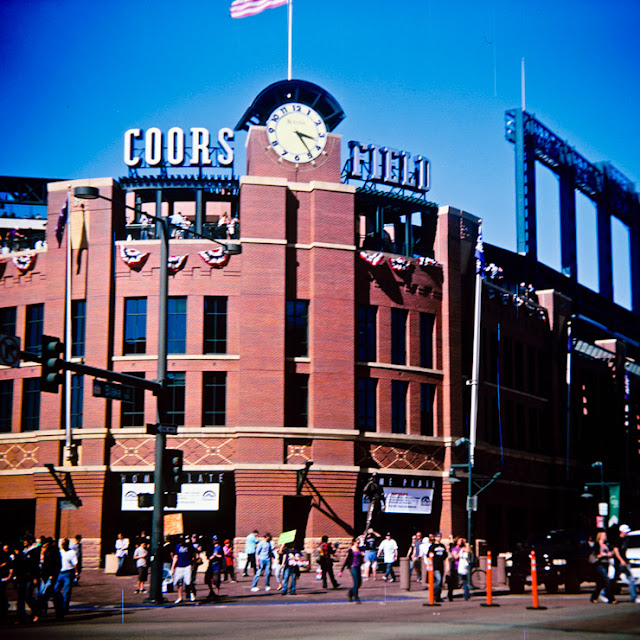 Classic shot, baseball season has begun! Well, it began a while back. I actually spent about a month with this one roll. Hey, you can't rush this.
Posted by James at 1:56 AM No comments: 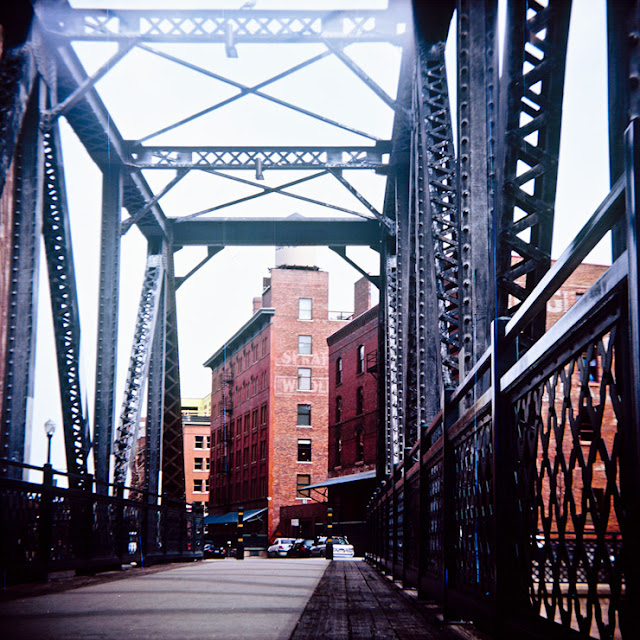 So, a while back I picked up a Spartus Full Vue twin lens camera at an antique shop, for about, well cheap. The film actually cost more than the camera. Anyway, the first roll came out pretty much over exposed on every frame. Every frame. You know what that means? It means that there was a reason this camera was on the cheap. Well, with some finagling, I patched it up, resulting in only minimal light leakage and some scratching on the film. I may try to solve the light leak problem, and maybe the scratching, but I think it adds a little character to the shot.

So, to end this overly long story, here are a few of my favorite shots (spread over the next couple of days, cause you know, I need to generate traffic to my blog). So this is it, a mini-series with the Spartus Full-Vue! Enjoy!
Posted by James at 11:48 PM No comments:

The World Ends With You1

That is only sort of a lie. True, the world has finite shape and dimension, but that's just the physicality of it. That's where it comes to you. The world we worry about, the one we care about, well that actually begins with you, not ends. In short, the world is what you make of it, like you've been handed a ball of clay and asked to make something out of it. And it's never permanent, it's constantly in flux, changing as you change, as you learn, as you grow. That's a lot of what this past revolution has reminded me. It's like what Captain Hammer2 said, "Home is where the heart is, so your real home's in your chest."

So go, live, create, play, share, care. Make your world. You can start with these if you like. 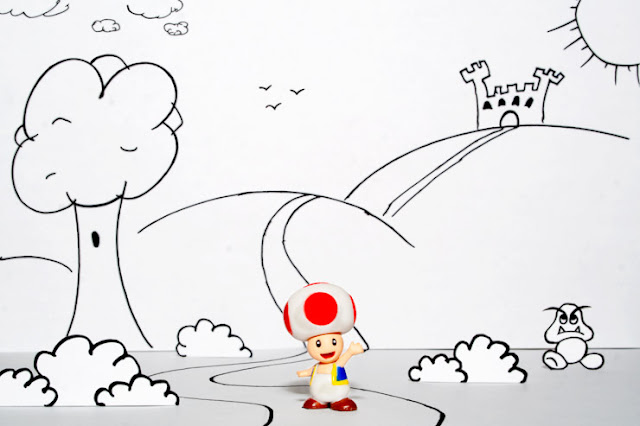 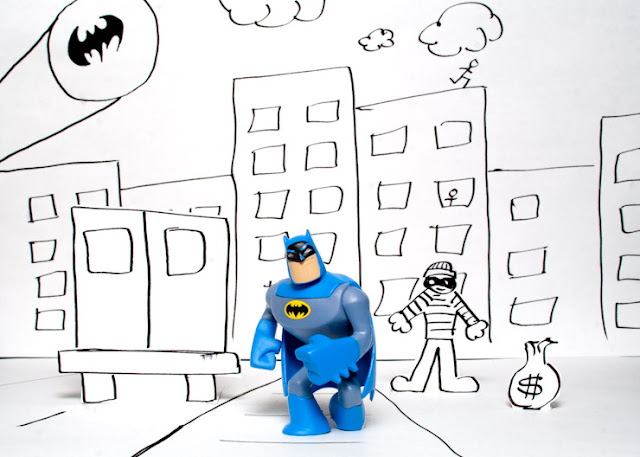 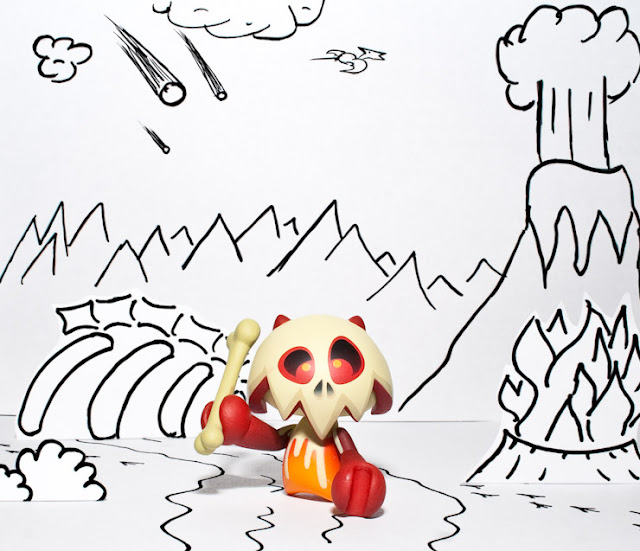 1-Never actually got to play this, but it certainly looked intriguing.
2-You know, Dr. Horrible's arch enemy, his hair blowing in the breeze, the day needs his saving expertise. He has a Ham-jet. You know the Captain I'm talking about.

Today, despite the looming clouds of doom, that would later give way to all kinds of precipitation, Chalk Artists were out, you know, drawing stuff. As a prelude to the upcoming Chalk Art Festival, they were out at that Denver Art Museum. It was nice, if a bit cold. You should hit up the Chalk Art Festival, as it will be awesome and showcases a lot of great talent. 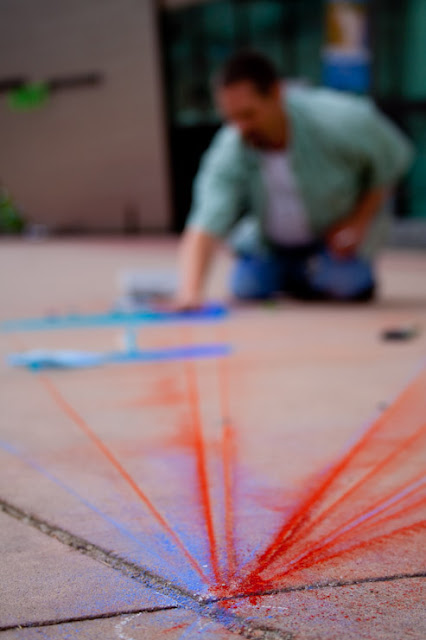 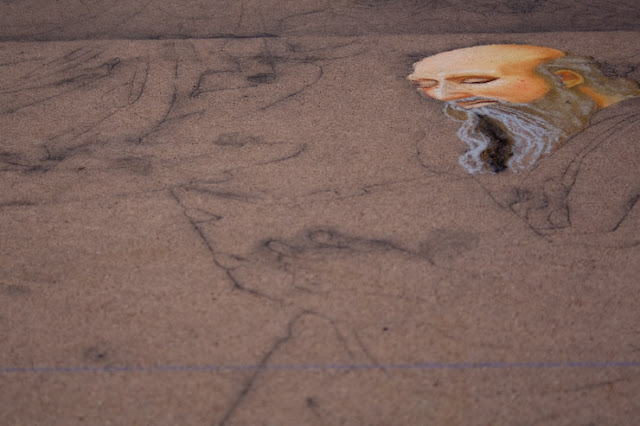 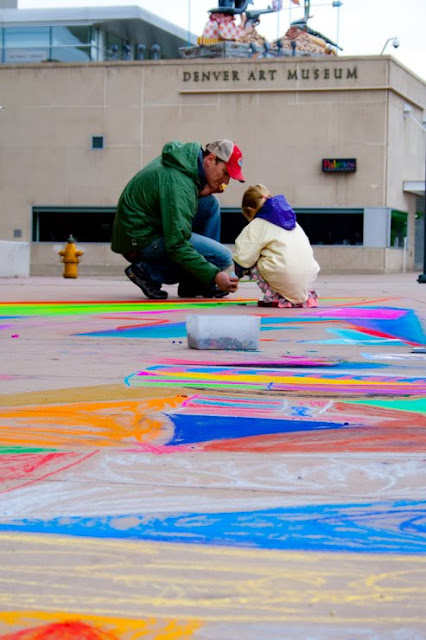 Now as for the books and juice boxes, that is easily explained. I recently (as in before the chalk art today) had the opportunity to attend a Q&A and book signing with the wonderful Charlaine Harris, she of what has been come to be known as the "True Blood" books. I went with a friend, seriously. And while in line, I enjoyed the company of some very nice fans, including a charmer in a blue hoodie as seen below (though I remember it being purple under the tungsten lights). In truth, I wouldn't mind a bit more conversation in my life. Hey, I can't spend all my time behind a lens. For one thing, I'm sure it would make my butt look big. And yes, somewhere in there is the not so subtle hint that I am not the brightest crayon in the box.

As for the juice box, I had one. It came with my kids meal. And if you found that last statement surprising, you certainly haven't been reading my blog. 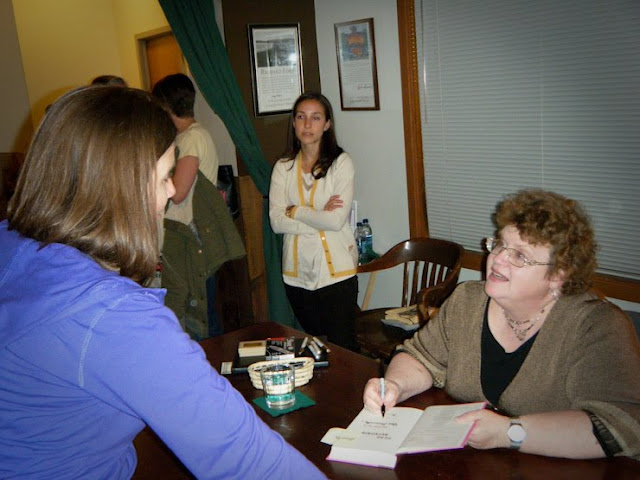 Who are you Marching For? 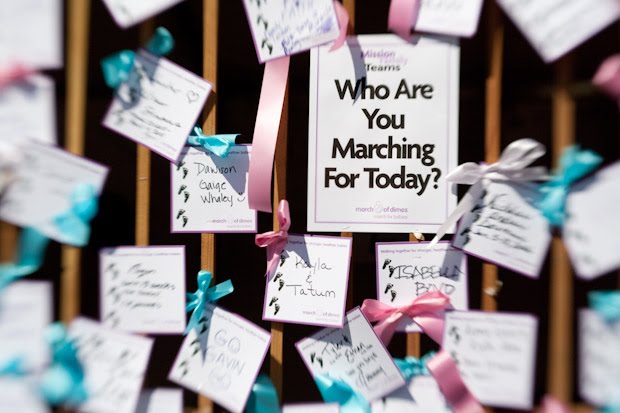 Kevin, Jr. My baby cousin, born 10 weeks early. I may not have children at the moment, but I can not stress how important this is. Kevin, Jr. is one of the many reasons I do this, why I give my time and my support to the March of Dimes. There are over half a million more reasons every year, 8,000 in Colorado alone. 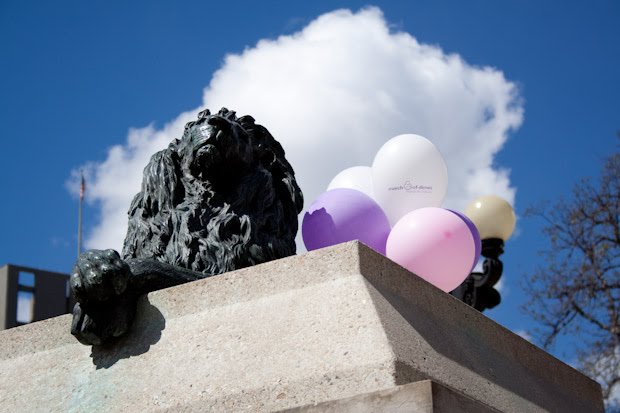 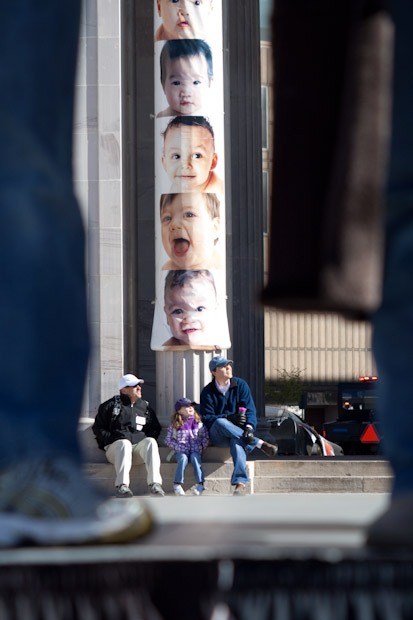 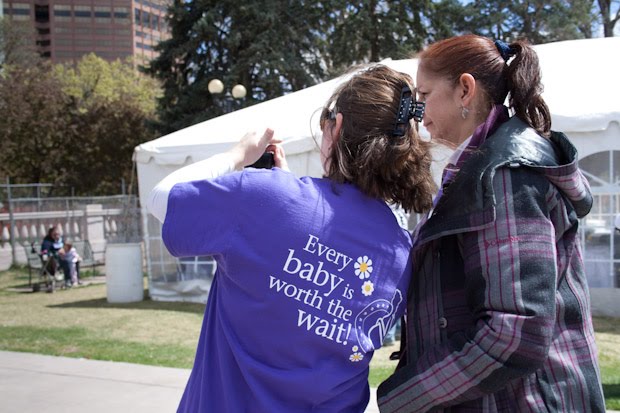 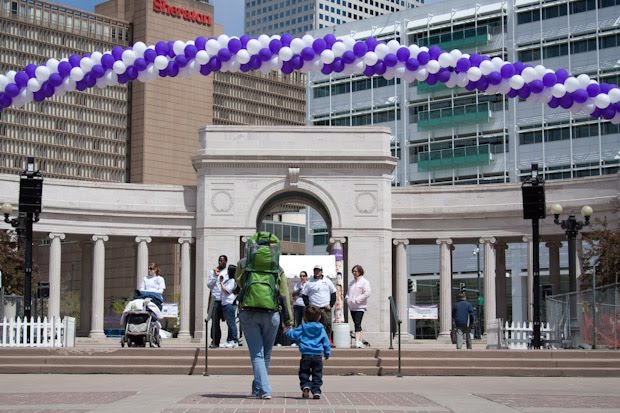 At last count, almost $1.7 million was raised at this years March for Babies:Denver to support programs in medical research, community services, health education, and advocacy. All to help moms and their babies be healthy.

To learn more and how you can help, I highly recommend checking out your local March of Dimes chapter.

And in case you were wondering, the ideal term is 40 weeks, but that's only where you should start. There is a lot more for you to consider for a healthy baby, so go to March of Dimes and get in the know. And this goes for you too gents. This is most certainly a family concern.

And to wrap things up, say hi to your mother for me. And I hope you have a happy Mother's Day.
Posted by James at 1:02 AM No comments:

May the 4th be with you. 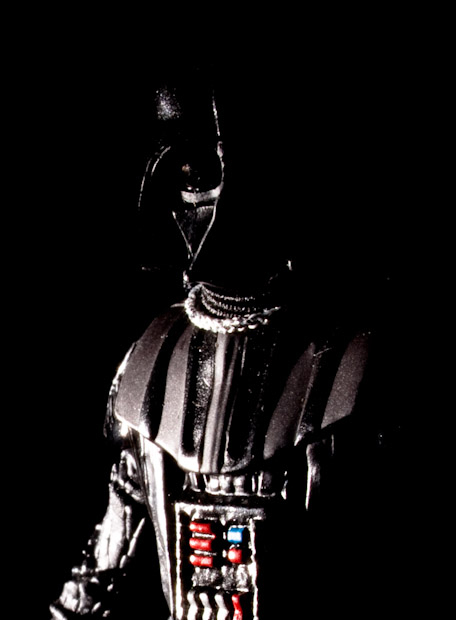 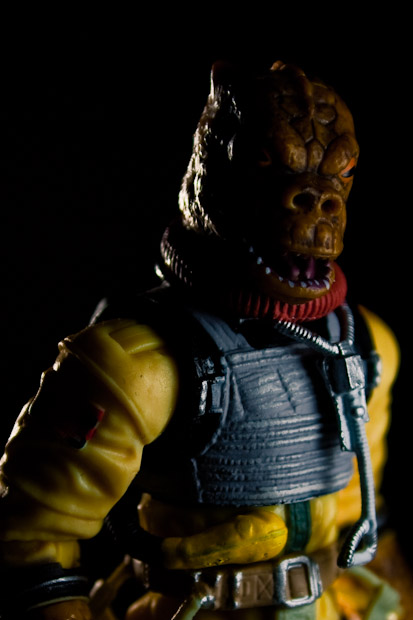 You just got Bossk'd And yes, I know I missed it and that I should have posted something about Cinco de Mayo. Well this is all I have regarding Cinco de Mayo: If you put "stuffed sopapilla" on your menu, please understand by calling it that, you are not piling fixin's on top of a sopapilla nor are you laying a sopapilla on top of a pile of fixin's. You should in fact fry up a sopa right quick, cut that bad boy open so it's steaming like a tauntaun after the sun sets, stuff it like you're saving Luke Skywalker, smother it in chili, and bring it out to me. Just a suggestion.
Posted by James at 10:29 PM No comments:

Day Out in the Old World 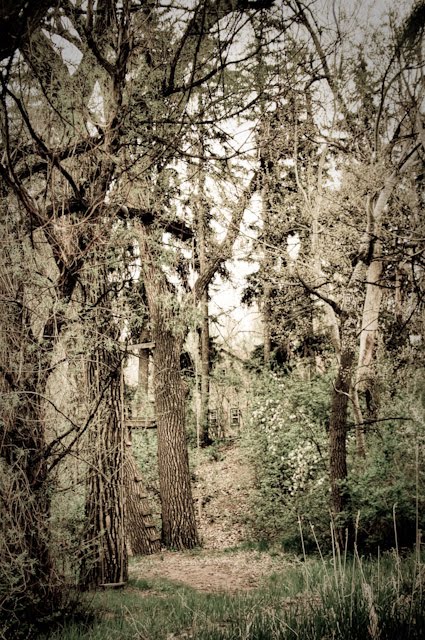 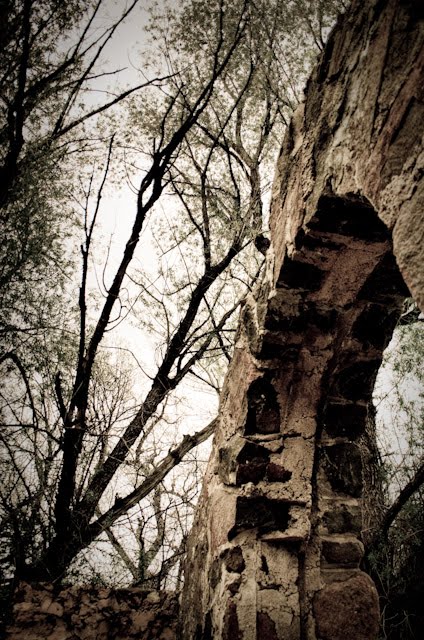 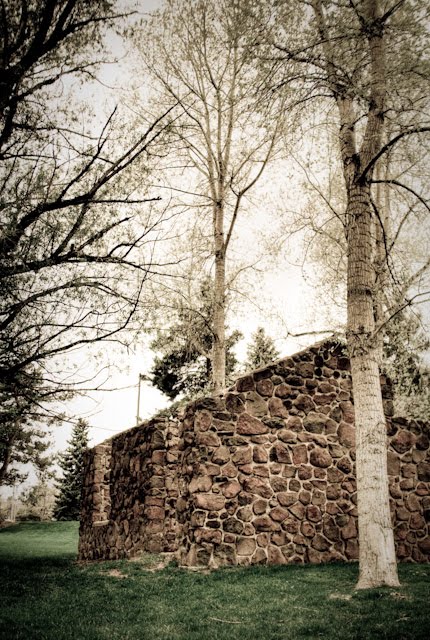 As always, go out and explore, see things for yourself, discover something about the world that surrounds you. In my case, it seems that in the middle of suburbia, there was a once thriving old English village, now left to decay; to be swallowed by a forest eager to reclaim the land; to shout "never again" to the redcoats that were driven from these shores so long ago.

And if you believe that, well I can't help you. To the best of my knowledge, this region was colonized primarily by the Spanish initially. Or maybe it was the French, my geography is a little rusty, and I'm not quite sure how far north the Conquistadors made it. Also, the shore is a good bit of distance away, and even then it is a lake shore.
Posted by James at 11:01 PM No comments: