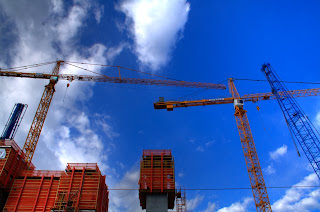 I found this. I actually hadn't realized I lost it. We all know that architecture and I don't necessarily mix well, but I am constantly fascinated by the construction of said architecture. Just think about how much is built just to be able to build a building. Boggles the mind, don't it? Additionally, turns out this was taken just on a day out, before I even began the day out shooting. Nice.
Posted by James at 10:28 PM No comments:

Labels: A Day Out, Architectural, Found and Lost 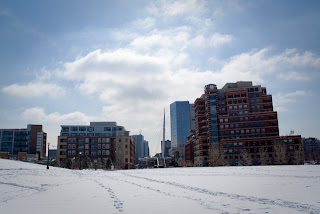 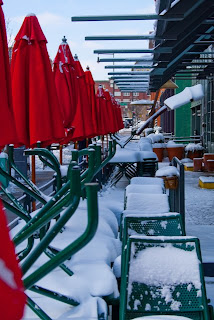 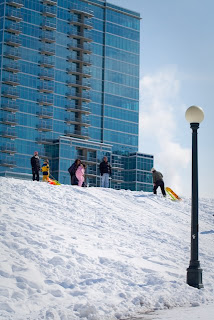 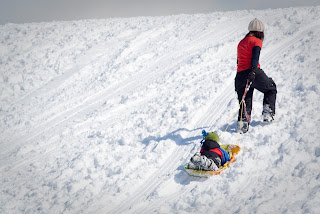 Yesterday, my pants literally froze with the amount of snow and ice caked in them. Today, I roamed Denver, enjoying a nice Thai Tea from the Pacific Mercantile. If I had a sled, I think I would have joined those frolicking in the snow. Still, it was cold like that planet in Empire. (not the drug trafficking film staring John Leguizamo, but the greatest film in the Star Wars saga.)
Posted by James at 3:59 PM No comments:

Labels: A Day Out, Snow Day 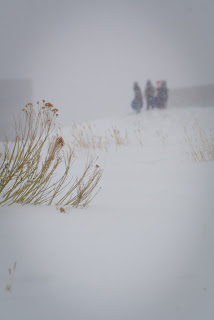 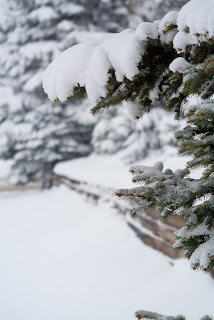 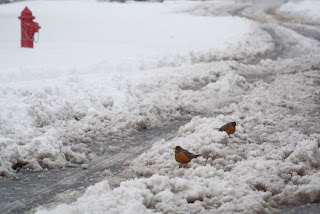 It was a grey and grisly Thursday. Based on when I woke up, the snow started at 6 am and just kept coming (in fact it has yet to really let up and more is expected tonight). It took me just over two hours to get to work, which is normally a twenty minute trip. At the end of the day, I trekked out into oblivion with camera in hand. The big difficulty in shooting today is that all of the light is the same. The overcast pretty much makes one giant soft box. In some cases, that’s great. Today, not so much. Plus it was cold. The cold and I never really get along, except for flippant references to Hoth. And for those who believe snow in the city is a wondrous miracle, it is. For about 5 minutes if you manage to get out there before absolutely everyone else, including Mr. Plow.
Posted by James at 9:00 PM No comments:

Labels: A Day Out, Snow Day

I don’t know what you do with your accumulated Pick N Pluck foam bits, but apparently if you are a toy photographer endowed with all kinds of crazy, you mock up some strange temple ruins for Iron Man and his entourage. 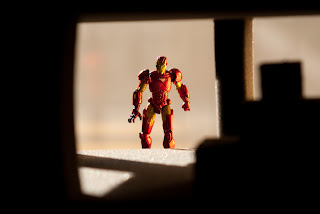 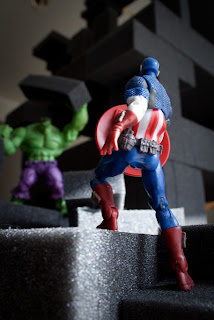 I have to say, I hadn’t thought of this before, but the foam leftovers work out pretty well. They’re very stable and can support a considerable amount of weight on even the smallest plug. Yes, I do know that I am talking about the weight of small plastic toys. I will say that the texture is a little overwhelming. Depending on the scale of what you are shooting, the pores are a little too big to identify it as anything but foam. Additionally, the texture is completely uniform. Yep, lame. In the very least, the foam makes for a good rough cut structure so you can see what needs to go where, as well as what needs to be removable in order to work around shooting angles and lighting set-ups. It’s possible, with the right set dressing, it could be used as is, but I foresee it as a base layer or simply a prototyping.
Posted by James at 5:03 PM No comments:

Quite Possibly an Answer

No pictures today, but a friend pointed out that this film could quite possibly provide an answer that I am looking for. I haven't seen it yet, so it's on the list, but I do manage to see quite a few foreign films. Mostly, I just enjoy them. There's something nice about the perspectives they have on life. I think the closest United Statesian (there are two other countries on this continent and I really just wanted to use United Statesian in a sentence. It doesn't quite roll off the tongue. I may or may not use it again.) films are the indie films that do the rounds at film festivals but never see a wide release. So just to make this relate to the little statement in the about me section of this blog, the following films may or may not influence my shooting. In the least, pretty amazing films. You should check them out.

Take Care of My Cat directed by Jae-eun Jeong
Grave of the Fireflies directed by Isao Takahata (You NEED to see this one!)
He Was A Quiet Man directed by Frank A. Cappello (yep, that one's indie)
Russian Ark directed by Aleksandr Sokurov (I honestly still don't understand this one, but am amazed by it nonetheless.)
The Spanish Apartment directed by Cedric Klapisch
Amelie directed by Jean-Pierre Jeunet (this one is actually pretty big and I bet you've heard of it.)
Blue Submarine No. 6 directed by Mahiro Maeda (yes, you need to watch all four episodes in order.)
And before this list gets out of hand,
Voices of a Distant Star directed by Makoto Shinkai. Speaking of this one, I am looking forward to his next film (which is probably already out) 5 Centimeters Per Second. Looks amazing, and quite honestly, maybe one day American Films will recognize that animation is simply the form, not the art. Anywho, go watch, write, paint, create, sing, or what ever brings you joy. I think a sandwich will bring me joy at this particular moment.
Posted by James at 8:37 PM No comments:

A Question of Memory 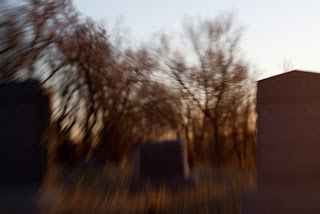 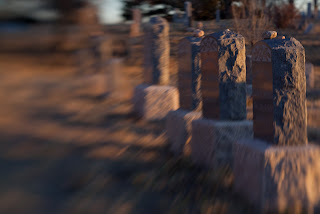 This isn’t a new question. It’s something I’ve considered and pondered for quite some time and for some reason it’s come to the forefront of thought lately. The question remains primarily for those of us left behind. What memories do we take with us? What do we leave by the wayside as we move forward? And at what point do we simply no longer hold onto all that was?

It seems we are led to believe that “out of sight, out of mind” no longer applies, what with a globally connected world, where you can connect to someone on the other side of the world without so much as a thought. Never has it been more important that “it’s the thought that counts.” I know for myself, it is an effort to step outside of the “here” and reach out and say a hello to all of those that are “there.” Most of the time, I get a machine, unfortunately not one of the chatty ones. And we are once again brought to the question of memory. Wow. Heavy.

Also, if you plan on photographing graveyards, I highly recommend sunrise. Now this isn't to escape the inevitable onslaught of all manner of undead, but to say hello to the cheery security guard who happily informs you to not trespass on the property next to said graveyard, as well as ask you kindly not to spray paint anything. Sunset might work too, but I don't know if the security guard is quite as cheery. Happy Hauntings!
Posted by James at 10:52 AM No comments: