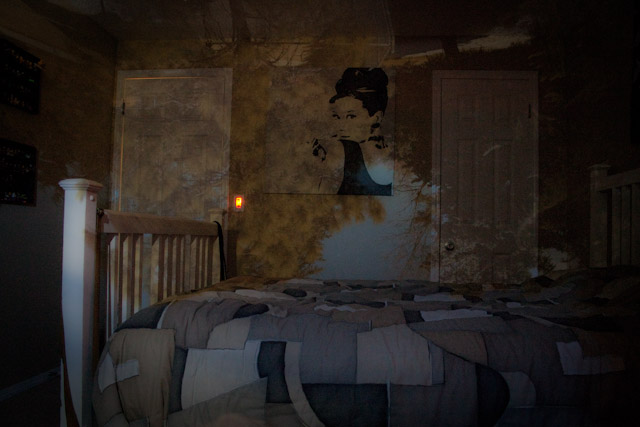 So we've found ourselves well removed from the annual photo a day, so it's a good time to take a look at what we've done. I bet when I first mentioned the concept, you were expecting something more along the lines of the above photo. Honestly, I wanted this to be the first photo, but it turned out to be the last. This year's project was all about finding inspiration in the room, not just the things you keep in the room. and even though I think we mostly went back and forth between the objects themselves and taking inspiration from them, everything worked out in the end.

And without further ado, lets take a look at the ones I thought worked out the best.

Day 15 - The series developed less into objects, but into shapes and color. This just happened to epitomize the shape and color itself. Instead of looking at the objects abstractly, you could look directly at the object and you see the shapes and the colors themselves. Also, this probably means I don't throw anything away.

Day 22 - Star Trek. The shape is Iconic, the warm color bath, the feel that you our out there with it.

Day 27 - When we started this project, it was about finding inspiration in the space you return to. For most of the project, it has meant an emphasis on color and shape, using the soft focus to take away the "thing" and leave simply the shape of it. This, in it's shape and design, combined with the color and shadow made something much more interesting than the shape alone. So yes, it stands out from the entire collection of this project, but it epitomizes what this project was meant to be. Also note, that I didn't consciously set this up. I woke up that morning looking for the days shot and there it was. Again, exactly what this project was supposed to be about.
Posted by James at 11:37 AM No comments: