A Dash of Elegance

I assure you that I am not neglecting this blog. There's a lot in process at the moment, including a great rooftop party featuring the amazing musical talents of Ian Cooke with the Denver Film Society, as well as A trip to the Denver Comic Con with ASIFA Colorado. As I said, these are currently in progress, but I wanted to give a shout out to the fine folks at Geek Chic and their booth, which featured their new Kickstarter project: Mustache Monocles.

These were great guys and dare I say they had, hands down, the best booth at the Denver Comic Con. They managed to showcase all of their beautiful products without it being cluttered, which is an often occurrence at festivals and conventions. Not only that, they had a barker! Who does that these days? Only those seeking to add a dash of elegance to your life. So thanks Geek Chic, you put on a fine show and I can't wait to add your fine works to my household when I get the chance.

Yep, as much as I say I don't shoot product in studio anymore, I do seem to do it often enough.
Posted by James at 9:40 PM No comments:

Robots in the Garden. Worse than Rabbits.

When you get an idea, just go with it, even if it's in the middle of the night. It may not come out perfect, but it just needs time to grow. It's a seedling that your robots need to tend to, and maybe your robots don't help it to grow into a mighty oak, but that one idea will lead to others. You'll have all these ideas, some great, some not so much, but they'll be there, ready for you take them and shape them into something grand. So get out of bed and create. You can sleep in tomorrow. 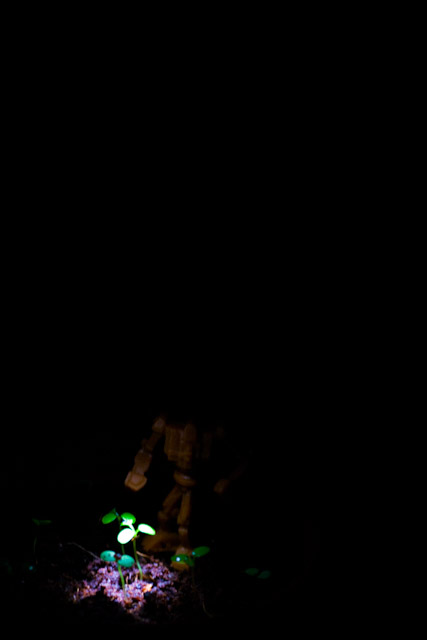 Chalky, and a Little Wet 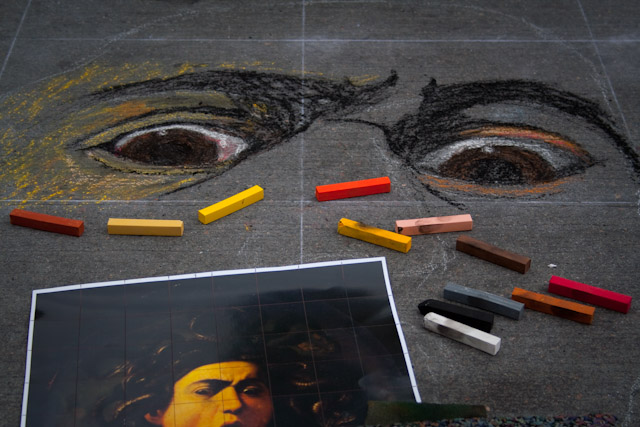 For those of you have been diligently looking over the blog, you would have realized a distinct lack of posts. Well, that's not exactly uncommon because you have been looking at the blog long enough that you know that sometimes I get busy. But to appease the masses, and my own sanity, you will gladly note that basically festival season is upon us once again. Specifically, we are starting off with the Denver Chalk Art Festival! 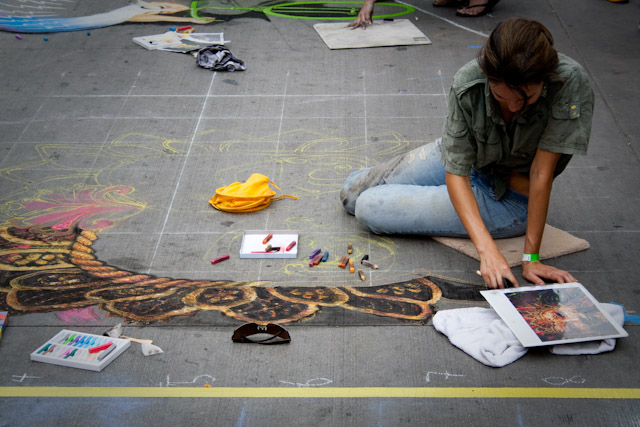 We did get a little bit of rain at the end of the first day. For the most part it didn't affect too much. You'd think that it would just wash away all of the art, reminding us of the fleeting-ness of emotion, the nature of art as a momentary, in-tangential, unknowable reflection of ourselves. (For those wondering what the reflective cylinder is, it's a reflector set up to "straighten out" the eventual chalk art, which is drawn with a great amount of distortion. It's a visually stunning trick, though they do it every year, even if the image itself changes.)


Or maybe you didn't think of that. Actually, many of the artists use pastels, which while similar to chalk, proved a little more sturdy than the old green slate chalk we grew up with. 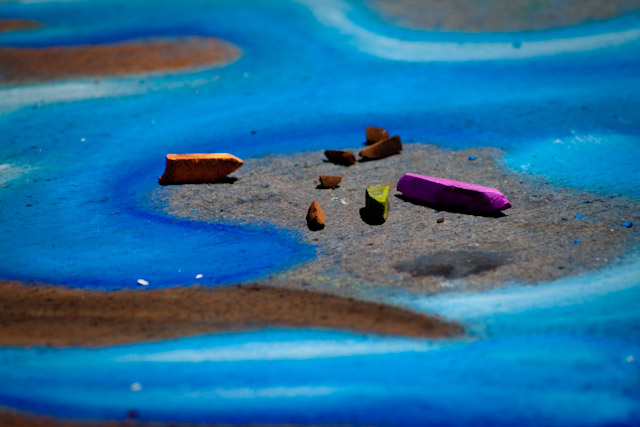 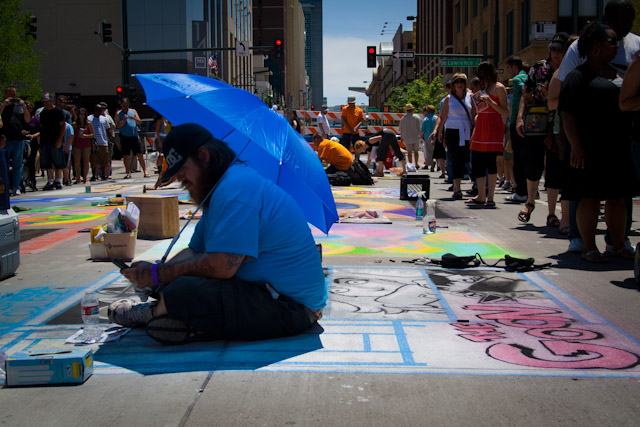 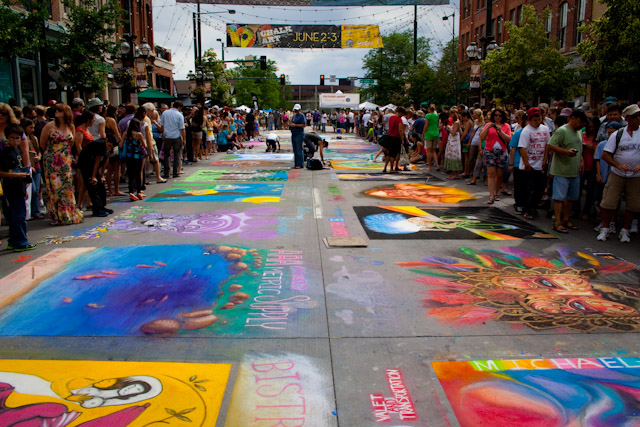 In the end there were great little moments among what had to be record crowds and the final day rounded out without any more rain. (Though, it has been extremely warm of late and a little rain would be kinda nice. Just sayin.)

Oh! And I did take the ol' Full Vue out to the festival. We'll see how things develop and if there's anything worth revisiting later.
Posted by James at 9:25 PM No comments: