It should not come as a surprise, but most, if not all, of the time, I have no clue what I am doing. Just ask any of the Megan’s (in any of their incarnations). Well, if you’ve checked out my website (plug), I started out in the field of engineering (I wanted to make Muppets). Well, after plenty of that, I didn’t feel fulfilled, like “this is what I was meant to be doing.” So, picking up what I love to do, I took a swing at the whole art thing, and sometimes it doesn’t feel right either. Don’t get me wrong, I love it and I feel more fulfilled than I ever did doing the old engineering, but we are all filled with the same such insecurities. I know what this sounds like, like I went from one end of the spectrum to the other. It’s certainly the response I get when I tell people my beginnings and where I am now. Turns out they are not so far from each other after all.

Tonight I had the opportunity to meet Dale Herigstad, the creative director at Schematic. He spoke mostly about new media and immersive technology and its design, but the thing I personally took the most from his talk was at how closely the technology is linked to the art. The development of an immersive environment that allows complete interactivity is not only a challenge for the illustrators and graphic designers, but those implementing those designs. It was funny, actually because there’s stuff that I learned as an engineering student that came up during the talk that most of those present had no idea about, including RFID and concurrent engineering. It wasn’t funny that they didn’t know, but that I felt more comfortable in that overlapping region between art and science. Who knows, maybe that’s where I need to be. I recently started reading Vision and Art: The Biology of Seeing and what I’ve gotten through is very intriguing. I mean it starts with physics, and not Newtonian physics. It’s seriously exciting. Another book which I have long been a fan of is Origami: From Angelfish to Zen. It re-emphasizes how much science is inherent it art. See for yourself: unfold a paper crane and you’ll see the lines and angles and the patterns (I’ve been told I’m attracted to patterns). Really, it leads to fractals, which are undeniably cool.

Well, anyway, back to the immersive technology…Dale discussed two fantastic technologies that have been implemented, even if they are not yet available to the general public. First one: gesture motion. Imagine surfing the web or browsing enhanced content television with a simple wave of the hand. Yep, it’s freaking cool. The next one (not to be confused with the A Perfect Circle album) : controlling stuff with your mind. Yep, change the channel, play video games, turn up the volume, just by thinking about it. Many in the audience quickly jumped to essentially “pop up adds,” where you’re thinking about pie while watching a movie, then the interactive content pops up with recipes for a nice key lime or maps you directions to the nearest 24-hour pie shop. Apparently, I’m still not on the same brainwave, as I thought of the potential for applications with quadriplegics or amputees. Not to make myself look like a saint, but I also thought of cyborgs.

That was something that floated around the back of my mind throughout the entire presentation. Increasingly, we are immersing ourselves in technology and information. Eventually, there will be no need to even leave the house when you can virtually visit anywhere on the planet, have food delivered to you just by thinking about it, and so on and so forth. I remember seeing something like that and it looked like a pretty horrible existence. I’m with everyone who said the Matrix was awesome, but we are increasingly stepping toward a future that further distances us from not only interaction with nature, but interaction with each other. For example, instead of getting together with my friends to talk about these thoughts, I’m sitting in front of a computer, blogging about it.

So, aside from the philosophical meanderings, I ended the evening with a trip to Noodles and Company for some dinner, and as soon as I finish this post, I’m going to watch Minority Report because it has the immersive interactivity gesture model as a special effect.
Posted by James at 11:10 PM No comments:

So another year has passed, but I would hardly say that they have been uneventful. It started with things that one wouldn’t call events as they happened, but certainly turned into them in their happening and stories are still told, though not often. The first such happening: taking a 4x5 camera and a studio/location lighting kit out to work on some interior architecture shots. Imagine me, with several very large cases, only one of which had wheels, two of which had to be lung over the shoulders, and one with an uncomfortable little handle, trundling down the street over to the bus stop. Everyone kept asking me if I was in a band.

Some events, were actually events, such as the Vedros show, if you recall, was fantastic, especially in building the box around the idea. It was great to learn that you can’t just think out of the box, but think without a box. Let the ideas flow freely and unrestrained, and when you are happy and ready to move forward, build the box to suit the idea, to allow it to become what it was meant to be. There was also the Jay Kinghorn and Jay Dickman show and book signing, which was not only a wonderful opportunity to meet two wonderful and knowledge people in my field, but to have a friend mention to these masters that my own work is up to snuff (she actually made it sound much more impressive, but I still think my work needs a bit more polish). Then there was meeting Martha Madigan, a wonderful woman with a vision all her own, and seeing her work in person, not behind glass or on a page.

And then of course there were THE events: the decision to follow the decisive moment, to capture life as it happens, and the realization that that’s what I’ve been doing all along. From photographing for Angels in Action, Circle K International, the Astor House Museum, Relay for Life, Golden Kiwanis, Thomas the Tank Engine, Race for the Cure, March for Babies, Romeo and Juliet, Guys and Dolls, K9’s for the Cure, Engineering Days, Dragon Boats, and the Chinese New Year, it has been a very eventful year.

So what’s next? What will be happening this coming year? Maybe I’ll learn the steel drum and join a band. Maybe I’ll get a drivers license (yep, don’t have one, haven’t needed one, thinking that I should have one just in case). What events will I be at? What moments will I capture? In short, I don’t know, but isn’t that the point? Sometimes the destination is a surprise to the destined.

Well another year older and none the wiser, but I did manage to burn through 1-power supply, 1-video card, 1- 500G hard drive, numerous recordable CDs and DVDs (Ha! Burn!), and surprisingly enough, I’ve still got fuel in a cigarette lighter I bought just about 4 years ago (I don’t smoke, but on occasion, I need to: shrink heat shrink tubing, light incense, set dinosaurs on fire, attempt to plastically deform small sheets of plexiglass (bend them, but I like saying “plastically deform” and I ended up throwing it in the oven. It looks nice.).

Oh by the way, you should definitely check out Anabret. They have been one of my favorite bands for years now (the Coming Night is one of my all time favorite songs) and their music has always given me inspiration, Years Pass Uneventfully By in particular and not just for this post.

Here’s to another trip around the sun. I’m making waffles.
Posted by James at 7:55 AM No comments:

I Can Never Think of a Clever Title, Let Alone One Representative of the Following Post.

So it looks like I was right and have new pictures up, in just about a week. It's like I'm posting regularly. Whodathunkit?

So here is my favorite shot off of this months Holga. 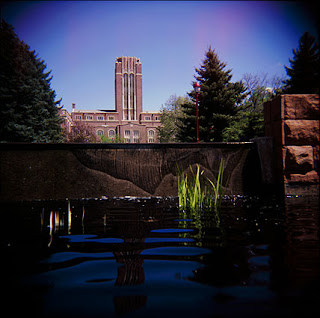 And here is March of Dimes March for Babies, which was once called Walk America. There was a really good turn out, and thankfully it didn't start snowing until immediately after the event ended. Yep, we had a Colorado Ice Cream sandwhich that week. Both the day before and the day after were quite nice, warm and sunny. 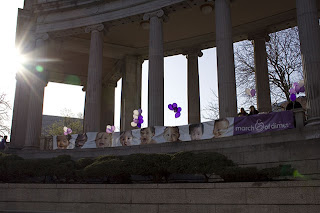 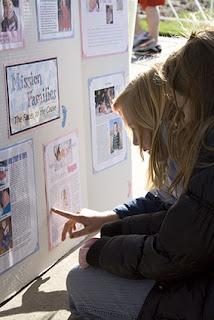 Here is the story wall, about those helped by March of Dimes and what still needs to be done. 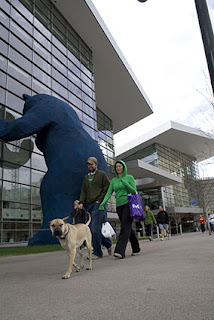 This is the shot I knew I wanted, though I hadn't quite imagined the dog giving me the stink eye. I felt this was an important shot because March of Dimes holds this event all around the country. I wanted there to be some shot that specifically identified it as being the one in Denver. The Bear isn't exactly the Denver Art Museum, but it's at least iconic.
Posted by James at 11:34 PM No comments: